The new Simaudio’s Moon 390 – Classic outside, most modern inside

PrimaLuna is doing it again!

The new Oracle Origine –
How to follow a legend

PrimaLuna – what makes their tube amplifiers so much better?

The best!
And this time it is not just us saying it

New! Paradigm is extending its series of wireless speakers

Why do you need a pair of audiophile headphones?

Electrostatic Headphones –
Why they sound so much better than conventional headphones

And what is Beryllium anyway? And why does it matter?

What audiophiles say about the Paradigm Persona series of speakers

Power Filtration. What is it and do you need it for your Audio-video system?

How to get the most of your connected home entertainment devices

Tech news! Apple is in talks to buy Tidal

Researchers discover how VR nausea can be avoided

The fight between music-streaming services moves to the content

Soundbar vs Soundbase
Part 2: Which one is for YOU?

Soundbar and Soundbase – What are they and what is the difference?

How to get the best sound from headphones

How to choose your Cartridge

How to select the right outdoor speakers for your patio/garden?

When do you need to replace your turntable’s cartridge and needle?

How to choose your security cameras?

Which type of subwoofer to buy: Sealed or ported?

Kennedy Hi-Fi is Top Elan Dealer in Canada for 2015!

Tech news: Self-driving cars and the future of entertainment

Our room at the Toronto Audio & Video Electronics Show is ready!

Canadian launch at our booth at TAVES

Canadian launch at our booth at TAVES

The new Simaudio’s Moon 390 – Classic outside, most modern inside

The storied Canadian company Simaudio just released this easy-to-use device that combines the look, feel and sound of a traditional high-end stereo preamp with an impressive array of the most modern features.

Most notably, it features the MiND 2 streaming module (a built-in network player that lets you stream music from the likes of Tidal and Deezer, as well as files stored on a NAS or USB drive or computer) and it has multi-room capability. This means that can stream signals from its digital or analog inputs to other MiND 2 zones in your home.

The main difference between the Moon 390 and most of the other network audio players available is its high-resolution streaming: It can play Tidal tracks with up to 24-bit/192kHz resolution – and it supports playback of up to 32-bit/384kHZ PCM and DSD 256 files via its Ethernet and USB ports.

In terms of looks, it has this classic elegance with heavy-duty aluminum on the sides and curved metal on the each end of the front panel. And it is very easy to use with an OLED display that provides input, volume, and sampling rate information, as well as artist and track information when streaming via the MiND 2 module. And a large rotary knob provides smooth tactile feedback when adjusting volume in 0.5-dB steps. Directly on the front panel, you can toggle inputs, dim the display, mute, and make selections. There are also three memory pre-set buttons that can be configured to select internet radio stations without having to use the iOS/Android control app. Finally, its remote control is a full-featured handset that can also be used to operate other Moon components.

The Moon 390’s hardwired network connections are accompanied by Wi-Fi and wireless aptX Bluetooth streaming options. Its digital inputs include coaxial, optical, and AES-EBU, along with four HDMI 2.0 inputs and one HDMI-ARC port.

In terms of digital sound performance (we used it with Tidal), we were very impressed with the sound stage, as well as the clarity and the clean separation between the instruments and the vocals. At all times, the 390 sounds crisp and dynamic without any harshness. And while high-res audio is a big plus of the Moon 390, it also sounded great with 16-bit/44.1kHz.

Analog sources are also well-supported: Both stereo RCA and balanced XLR inputs are provided, and the built-in phono preamp accommodates both moving-magnet and moving-coil phono cartridges. And the setup options even allow you to select gain, impedance and capacitance options for the phono input, as well as switch between a standard RIAA or an IEC EQ curve.

Simaudio is particularly known for is phono stages, so we were eager to test its analog performance too. The result did not disappoint: Its sound is again very crisp and dynamic.

As you see, Simaudio’s Moon 390 is probably the best equipped and most versatile stereo preamplifier on the market. It will satisfy you whether you want to stream high-res audio tracks or play your vinyls (or other analog sources). And on top of that, it allows you to stream its beautiful sound to multiple rooms in your home. And if you need a high-end stereo preamp that offers HDMI switching, including HDMI-ARC to stream sound from Netflix when watching TV for example, it can do that too – and much more.

The Moon 390 is modern, versatile preamp that has an elegant style, is solidly built and can do pretty much anything you can think of – all while sounding great. It is very impressive! We now have it in store, so come by today – we will show you all it can do and you will be amazed, or click here for more details on the Moon 390. 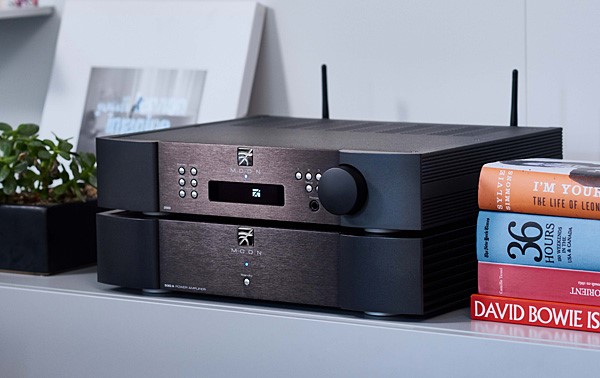 Welcome to our all-new shopping experience. After your online visit, we hope to meet you in person. Book your private appointment today and let our experts show you all the possibilities. 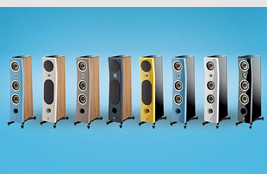 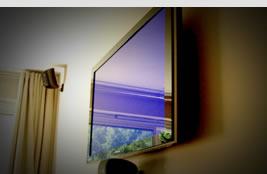 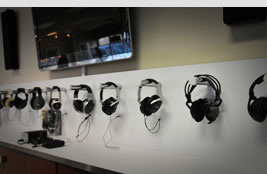